StoryCrafters this week heard a quiet story called The Owl Who Became the Moon by Johnathan London. In the book, a boy travels through the forest at night on a train while an owl "soars silent as a shadow" as woodland creatures settle down to sleep. 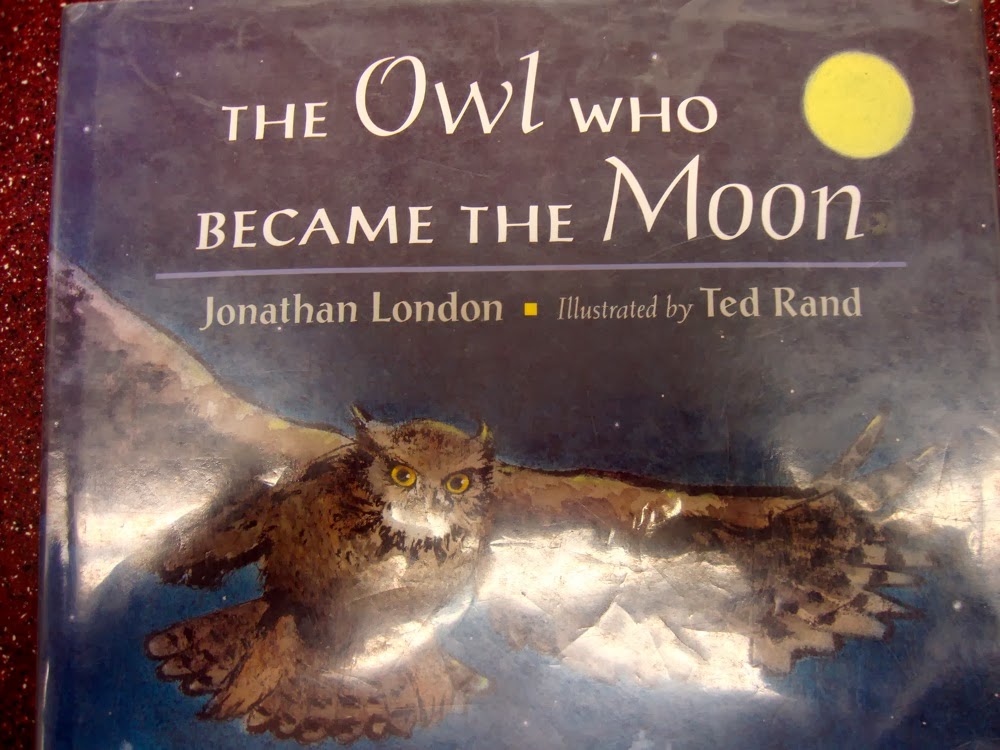 Later students crafted their own owl, with "feathers" made from multicolored squares of paper they cut diagonally to form triangles. 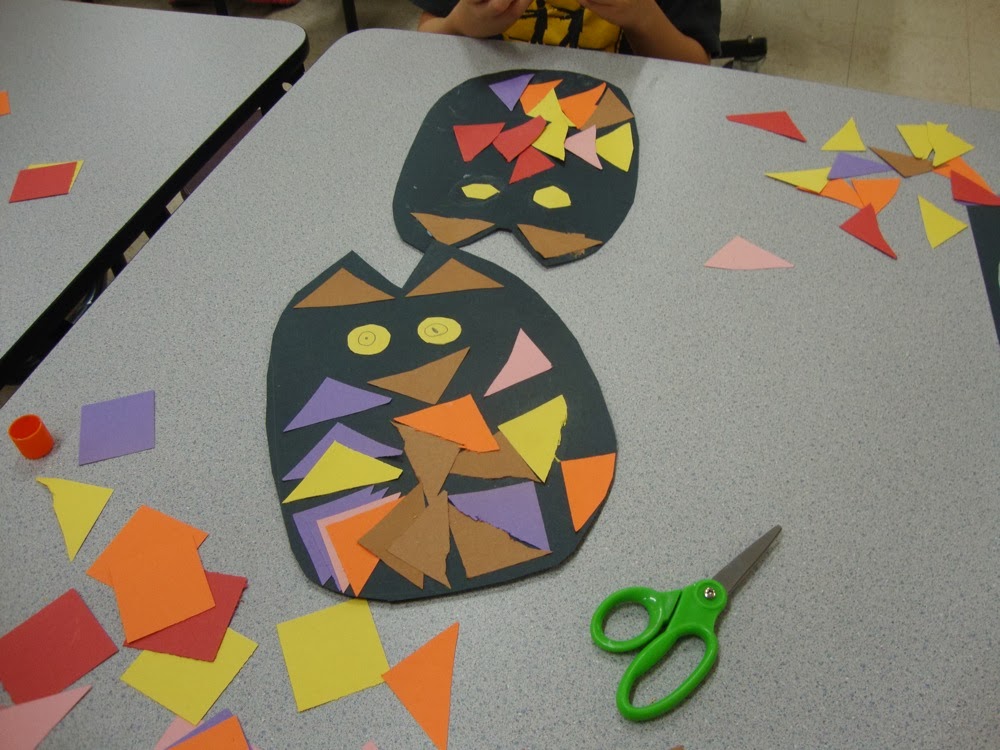 The finished product! We were so involved with cutting triangles, I forgot about the googly eyes! 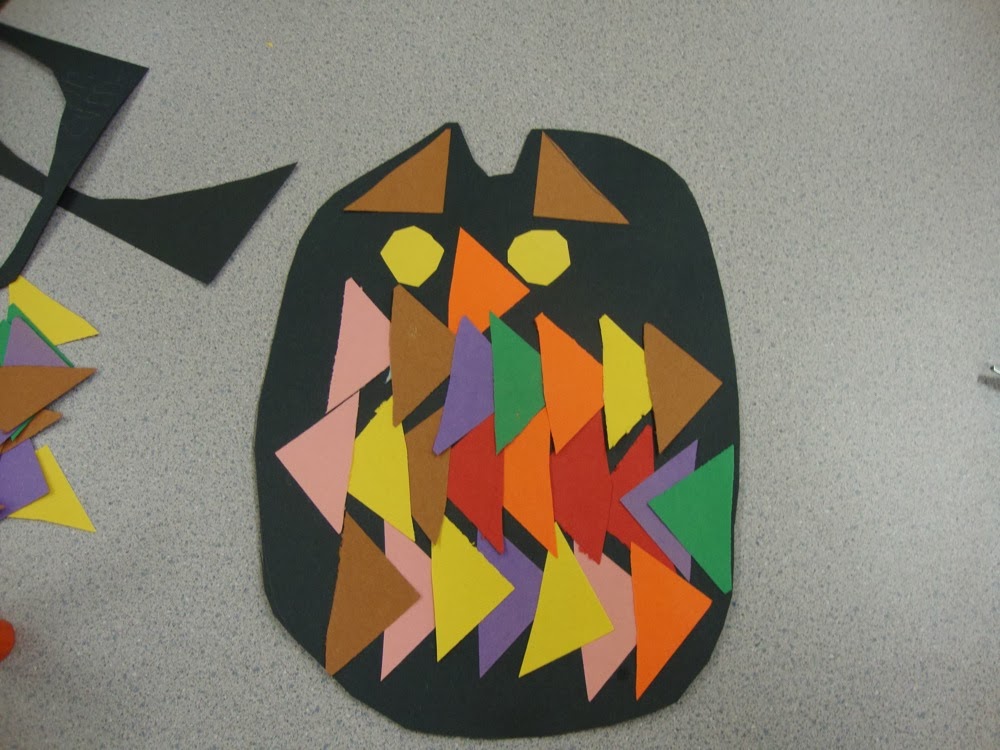 Posted by Christine Hunewell at 8:09 AM