We had magnetic fun at the library during May's S.T.E.M. Storytime. We had so much fun, we never read a story! But we had a magnet book that we could refer to if we wanted. 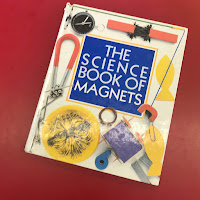 We figured out that one end of a magnet attracts one end of another magnet, but repels the other end. So opposites attract! Some magnets were marked with N and S for North and South, but many were not marked - because they were toys! 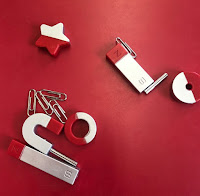 We had Magnetic Thinking Putty, like slime, that was attracted by a giant, strong magnet. What was in the slime that made the magnet attract it? We had a rock, called hematite, that could be picked up by a tiny but powerful magnet. There was iron in the rock, and magnets attract iron. 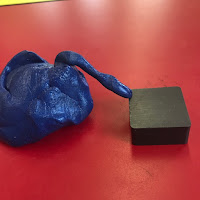 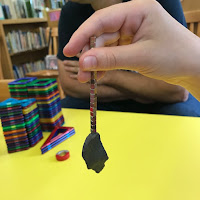 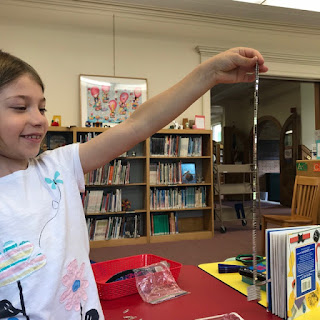 We played a hard game called "Bells", where you had to use a magnetic wand to pick up only the color of bells you had decided to collect. The magnet in the wand was so powerful, it could pick up a whole line of bells. But if you got the wrong color, your turn was over. It was pretty tricky - but fun. 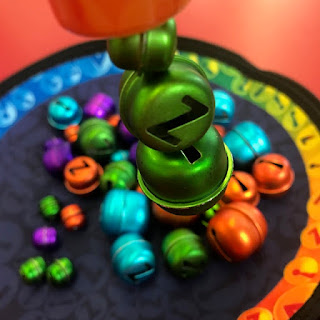 We even had Magformers to build with, thanks to the Royea family who let us borrow their sets. They're great toys, because the magnets are so powerful! 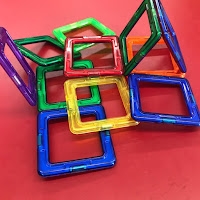 Posted by Christine Hunewell at 11:04 PM No comments: 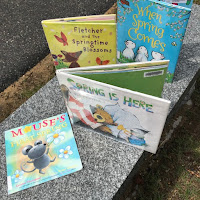 This was the week we finally read the books I've been saving since Spring appeared on the April calendar! In Fletcher and the Springtime Blossoms by Julia Rawlinson, Fletcher thought he saw snow so he warned all his animal friends that it was still winter! Spring is Here by Will Hillenbrand told how Mole, who knew it was Spring, wanted to celebrate with his sleeping friend Bear. In Mouse's First Spring by Lauren Thompson, Mouse experiences Spring for the first time with his Momma. Our last book, When Spring Comes by Kevin Henkes, tells what our world looks like as we wait for Spring.

We made spring flowers with pipe cleaner stems and creative flower heads - made from paper, foam, tiny cups, cupcake papers, and more! 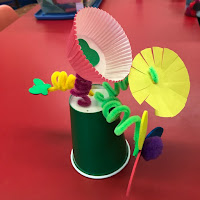 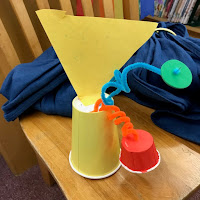 A few days later, kids came from the New Hampton Community School's After School Program, and listened to Fletcher and the Springtime Blossoms. Then they too made flowers with the same materials. Here are some of their creations! 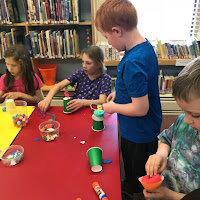 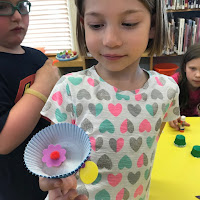 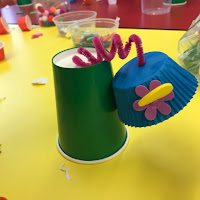 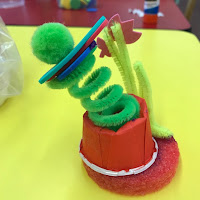 Posted by Christine Hunewell at 9:21 PM No comments: