It was a great day for bubbles as we took to the front lawn of the library with homemade soap solution and various bubble wands. Our bubbles were not as long-lasting as we had hoped, and humidity can sometimes affect that. We also made bubble snakes before we went outside, and those can create a LOT of suds - and suds does not always make for good bubbles. But the weather was sunny and the breeze was blowing and blowing bubbles was a fun way to spend a spring morning with friends. 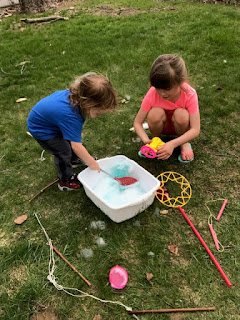 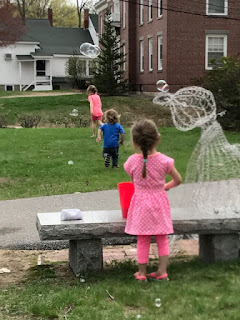 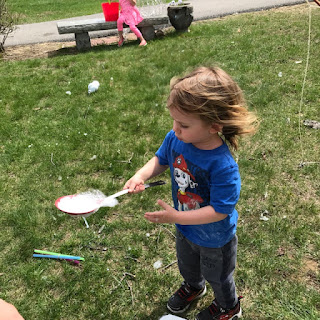 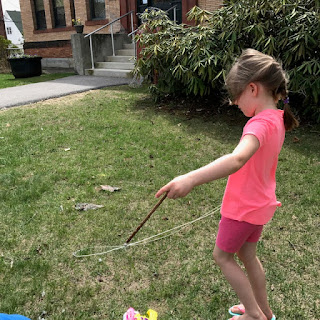 Posted by Christine Hunewell at 3:08 PM No comments: 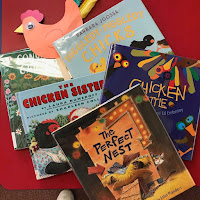 We had fun this week reading lots of stories about chickens. We began with Sonya's Chickens by Phoebe Wahl, about a little girl who raised chicks and the mother fox who took one of them away - to feed her babies. The Chicken Sisters by Laura Numeroff was about three chickens who love to do things that they don't do very well, but they outsmarted a wolf! Chicken Little by Rebecca Emberley told the story of the acorn falling on a chicken's head - and you know that story! It sure had a funny ending, though!  Higgledy-Piggledy Chicks by Barbara M. Joosse was about a mama hen trying to keep her chicks out of trouble. And, my favorite, The Perfect Nest by Catherine Friend, told about Jack the Cat, who built an elaborate nest to trick barnyard birds into laying eggs for his breakfast. 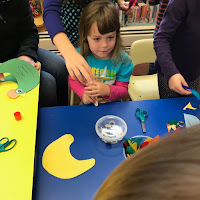 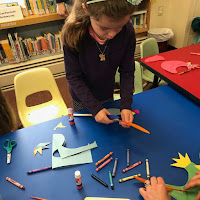 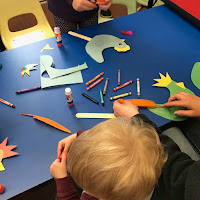 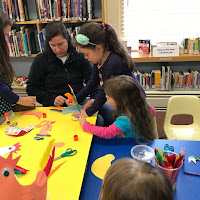 Then we made our chicken puppets, some with precut shapes and some by tracing their own. Chickens were two sided, with feathers and eyes on each side of a craft stick holder. Each chicken had a set of long tail feathers. Just like real chickens, they were all different. 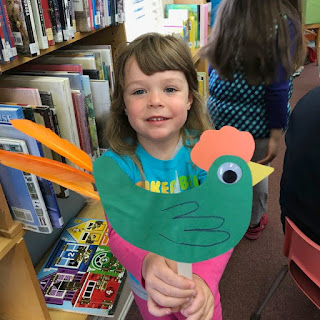 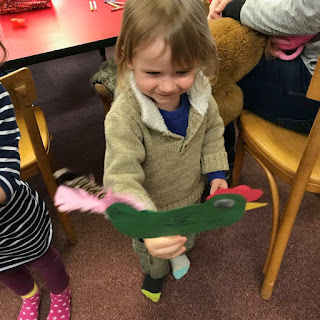 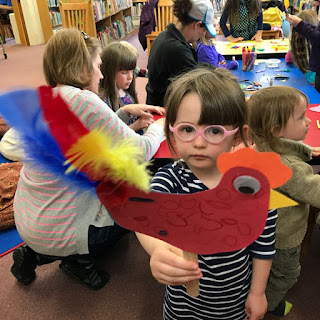 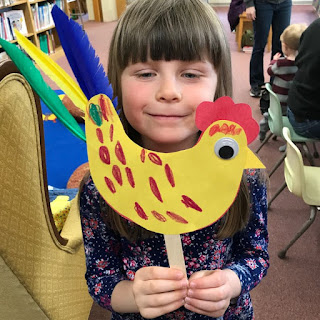 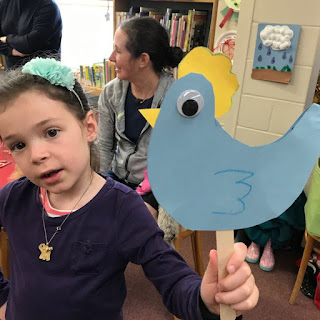 Posted by Christine Hunewell at 7:40 PM No comments:

Yesterday at Storytime, we heard stories about ducks, then made one from half a paper plate. First we colored the duck's body, then glued on crepe paper feathers. Next we added a head and beak. We traced our hands, and we used it for the tail! Quack!! 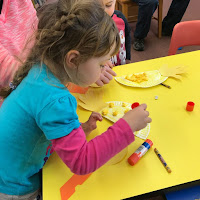 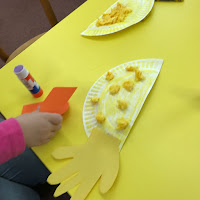 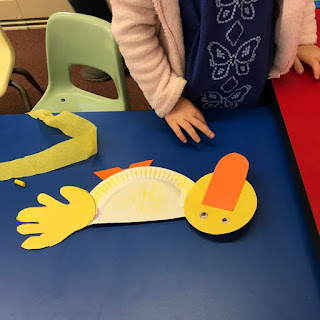 Posted by Christine Hunewell at 10:44 AM No comments: 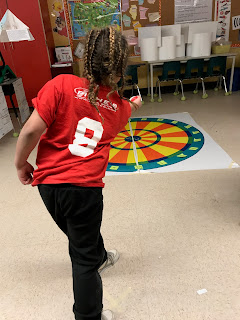 This week at the NHCS Afterschool  Program, the Crazy 8s kids learned the math involved in playing darts. We didn't use darts, though - we used hacky sacks. We added, compared number values, and strategized as teams played games of darts with different twists.  Then everyone took their hacky sacks home with them!
Posted by Christine Hunewell at 3:51 PM No comments: 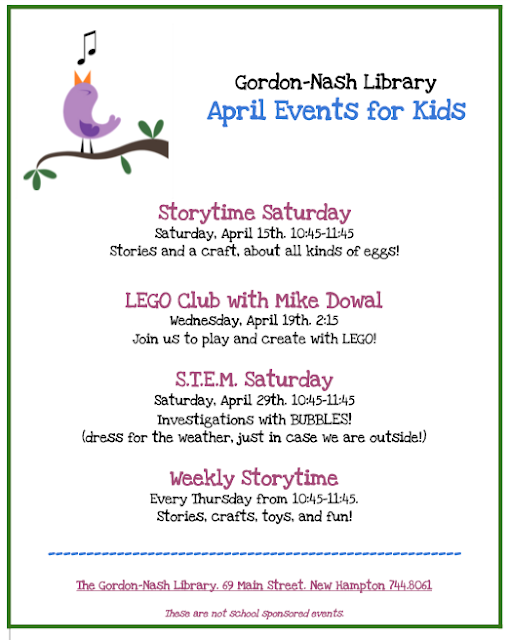 Posted by Christine Hunewell at 10:27 PM No comments:

Everyone likes monkeys! This week, we heard stories about monkeys and made a monkey craft to take home. We read Five Little Monkeys Jumping on the Bed by Eileen Christelow as well as Caps for Sale by Esphyr Slobodkina.

Our monkeys had circles for heads, bodies and ears, and pipe cleaners for long arms and legs. Some of them even had pipe cleaner tails. 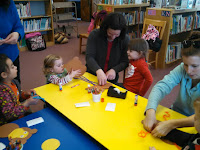 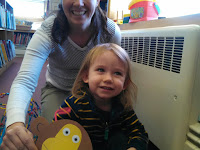 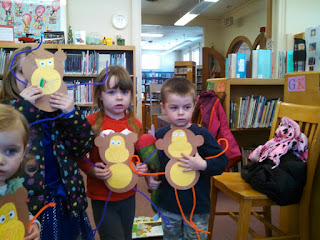 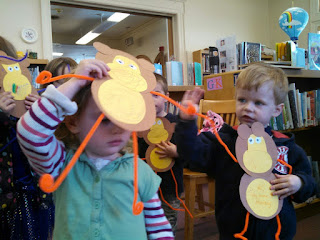 Thanks to my talented colleague Pam for hosting (and taking photos!) while I was away at the annual CHILIS conference for children's librarians.

Posted by Christine Hunewell at 5:17 PM No comments: