This week's Tuesday night presentation was by Modern Times Theater of Hartwick,Vermont. They entertained us with jokes and songs. Justin played the bicycle pump and the cornet (with a mute!) and Rose played a ukulele made from a real cigar box and a kazoo that she made herself! They were so talented! 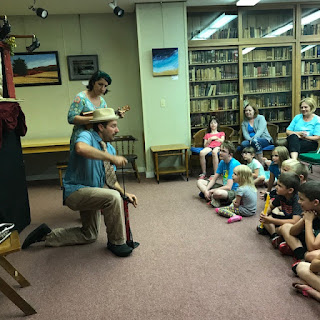 Rose and Justin put on a very funny puppet show about the silly Mr. Punch. Mr. Punch got easily confused and Rose tried to help  - and so did the audience! We really liked the part where Mr. Punch was making a sandwich and taking care of his baby at the same time. It was hysterical! The audience laughed so hard all throughout the show! 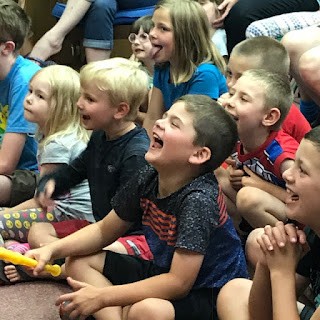 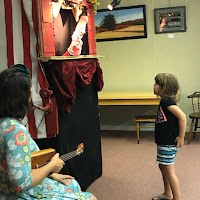 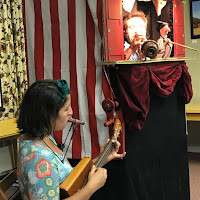 Here Mr. Punch needed some help and kind girl helped him. He painted her a picture of herself - except it was not even her! In the next picture, you can also see Justin playing his cornet. 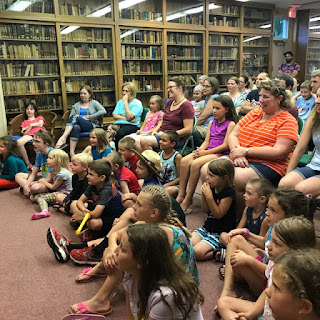 Here's the audience reaction to a part of the show! It was so funny! Thanks for the show, Modern Times Theater!
Posted by Christine Hunewell at 6:23 PM No comments:

This week, famous New York/New Hampshire musician Mr. Aaron entertained us with his many instruments and his funny songs. We sang along, we danced, and we had a rockin' good time! Mr. Aaron also donated a copy of his CD, All My Friends are Giants, to our Summer Reading Program raffle. Thanks, Mr. Aaron! 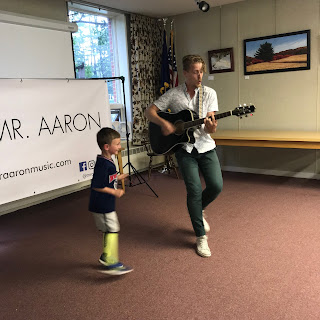 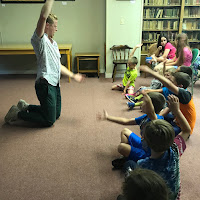 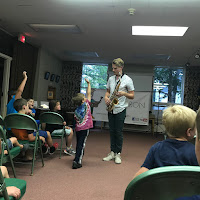 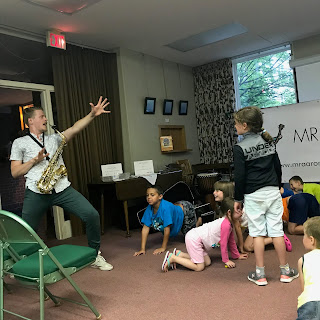 Posted by Christine Hunewell at 1:05 PM No comments:

Meaghan from NH's Wildlife Encounters brought some of her animal friends to the library for this Tuesday evening program! The animals were amazing, and Meaghan knows so much about them! Here they are! 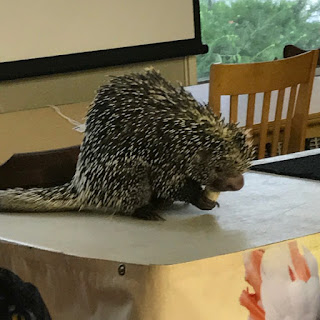 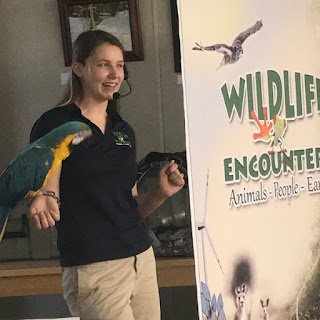 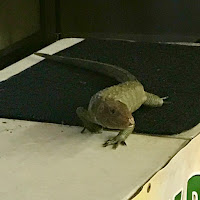 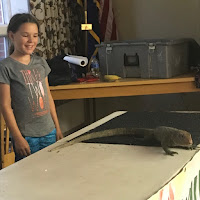 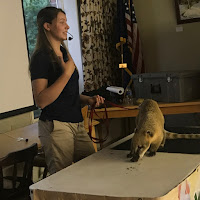 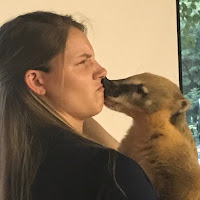 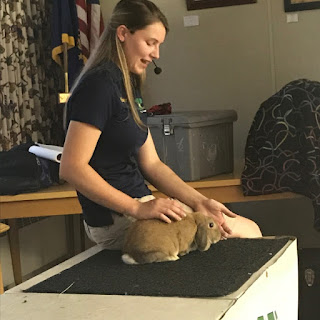 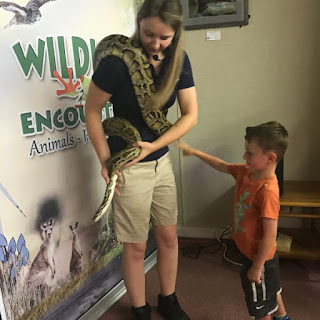 and a Burmese python, to touch! 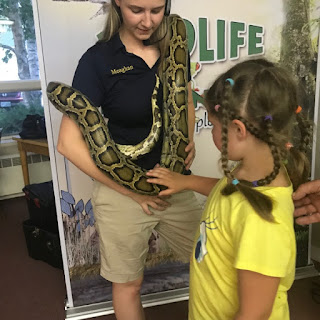 Thanks, Meaghan, for bringing the animals we hoped to see to the Gordon-Nash!

Posted by Christine Hunewell at 9:22 AM No comments:

Last evening, the 3rd of July, twenty-six young patrons dropped into the Gordon-Nash Library to make a few quick crafts on their way to celebrate the holiday with their families!

Posted by Christine Hunewell at 2:25 PM No comments: