Story Time this week was all about trains! Freight Train by Donald Crews names the colored cars on a freight train as it races through a city, into a tunnel, and over a trestle until it's ....gone! Terrific Trains by Tony Mitton told about lots of different types of trains. And the Train Goes by William Bee was full of sights and sounds heard at a station and on a train. A few more train books were also on hand for this popular subject! 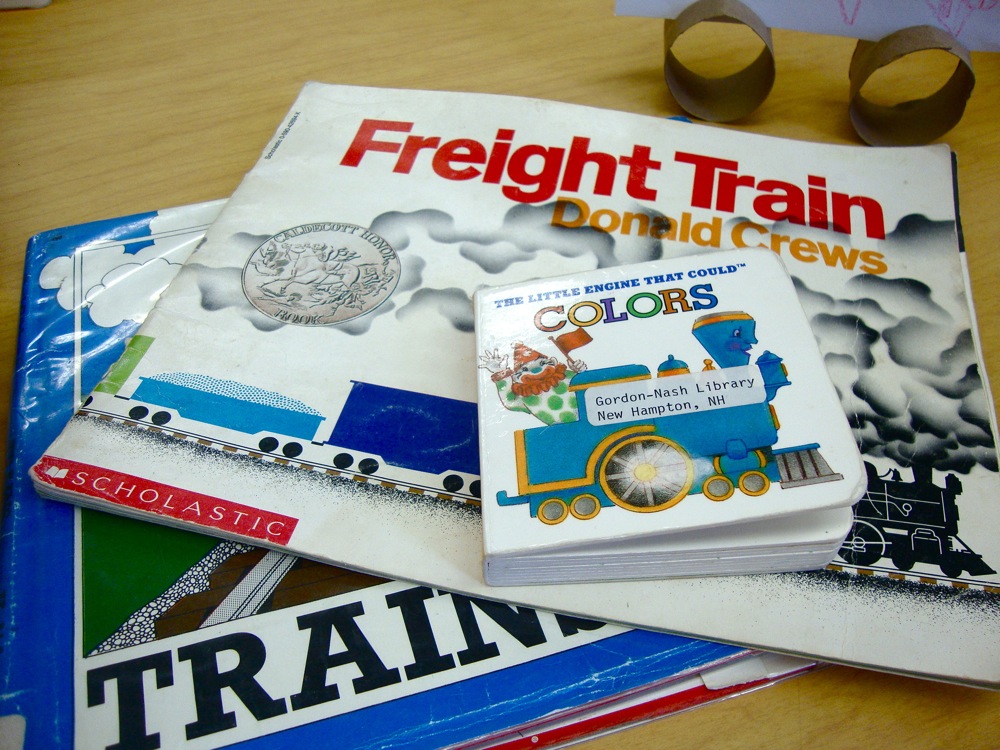 Our craft was a color & cut engine that stood on its own two cardboard wheels. A puff of cotton served as the smoke from the train's smokestack. 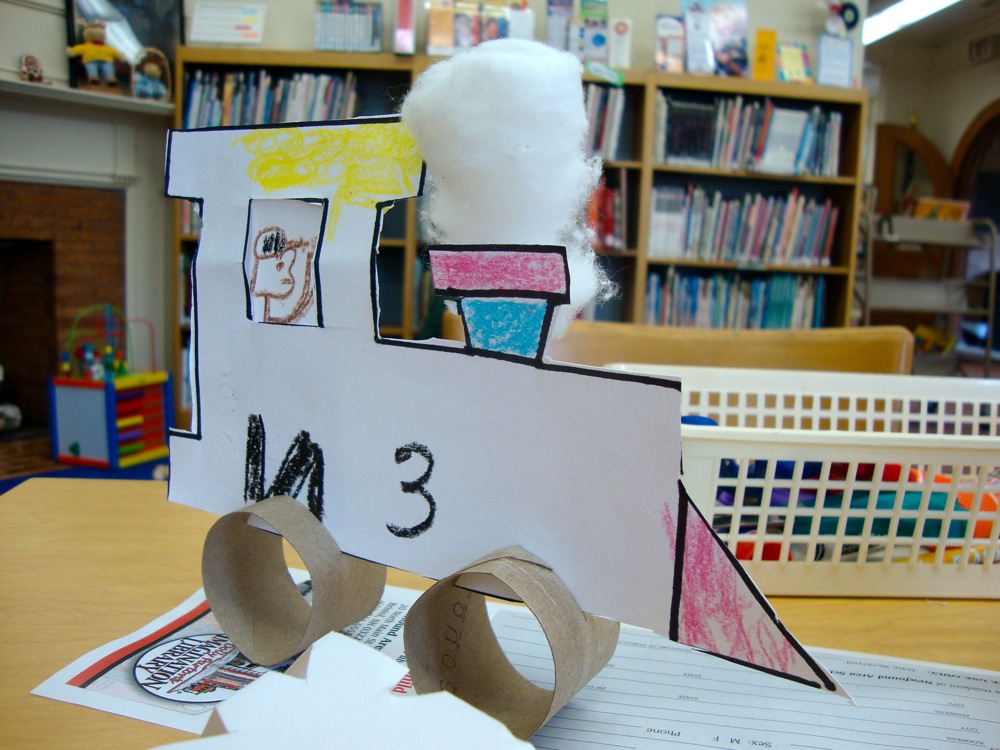 Some of us made a different train - a simple egg cup and pipe cleaner creation that mimicked the cars on a train all coupled together. "Choo-choo" and "woo-woo" could be heard as this little train scooted around the table top!