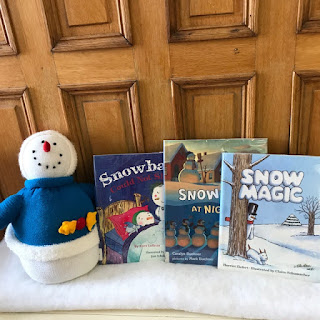 Two recent Storytimes featured stories of snowmen and the fun they might have if they were alive! Snowmen at Night by Caralyn Buehner imagines what a snowman might do while we're sleeping and explains why he may look different the morning after you make him. Snow Magic by Harriet Ziefert tells of a fun snowman party on the first day of winter. Snowbaby Could Not Sleep by Kara LaReau was a funny story about a snow parents trying to get their snow child to sleep. We noticed that he slept under a blanket of snow! There was also a snow dog in this story!

We made some snow people (and a dog!) from paper plates covered with coffee filters. We added buttons, stickers, and construction paper elements. Some chose to give their snowman arms and legs! The snow creatures were all different, just like real people! 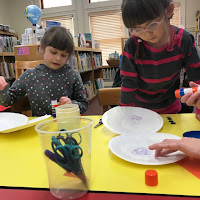 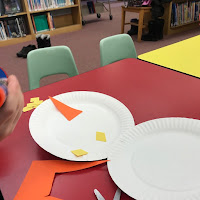 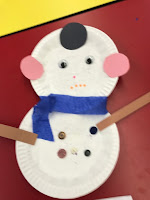 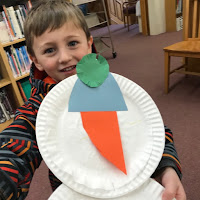 Look! Using chairs and coats, one session even set up an impromptu puppet show! 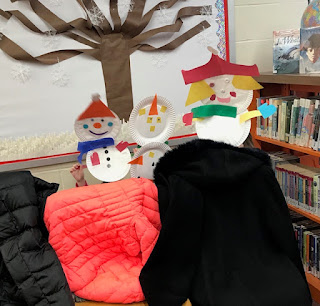 Posted by Christine Hunewell at 12:03 PM