Today was our first Crazy 8s session with a new group of K-2 afterschool program kids at the New Hampton Community School. The room was dark when everyone came inside... 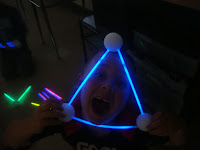 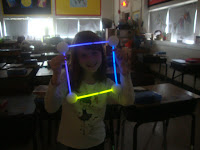 Last season, we made polygons with glowsticks and styrofoam balls.  This season we began with polygons again - triangles and squares - but quickly we realized they could be made into 3D shapes or polyhedrons. So off went the lights and we began to build, watching for shapes that would make our creations stable and sturdy. 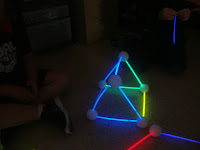 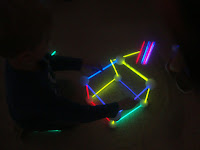 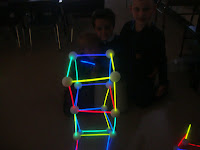 Some kids figured out how to make pyramids to sit atop their structures. After a while, it looked like lots of tall buildings in a glow-in-the-dark city. 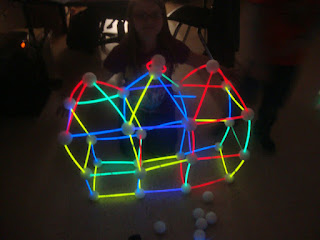 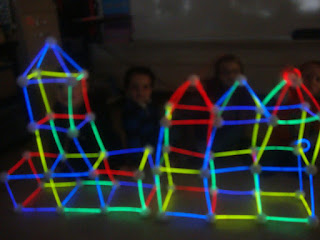 Who knew math could be so much fun?

Posted by Christine Hunewell at 5:56 PM