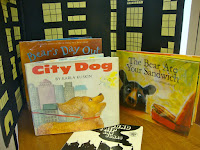 School vacation is this week so we had some "big kids" come to Storytime with their parents or younger siblings. We read stories about the city, then had some craft fun making a city of our own.

Our books were City Dog by Karla Kuskin, about a dog from the city who experiences the country for the first time. In The Bear Ate Your Sandwich by Julia Sarcone-Roach, a dog who told a tall tale involving a missing sandwich. Bear's Day Out by Michael Rosen told about a bear who lives by the sea but longs to explore the city.
Finally, Round Trip by Ann Jonas showed a child's car trip from the country to the city and back home again. 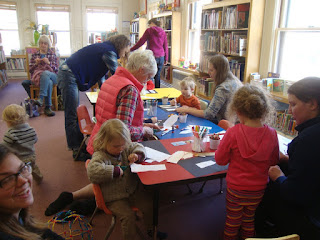 We had several different demonstrated ways to make a city scene, but in the end, everyone chose to make a cityscape in the same way. But some had their own embellishments. Can you see the outside elevator on one of the buildings? 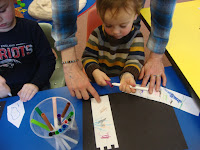 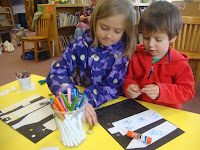 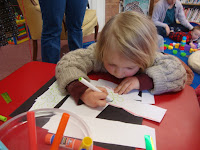 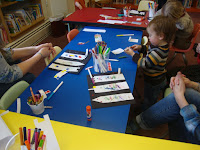 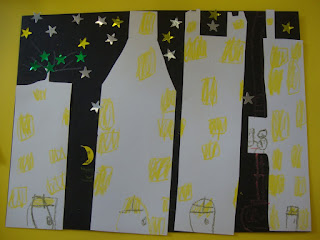 Posted by Christine Hunewell at 12:45 PM