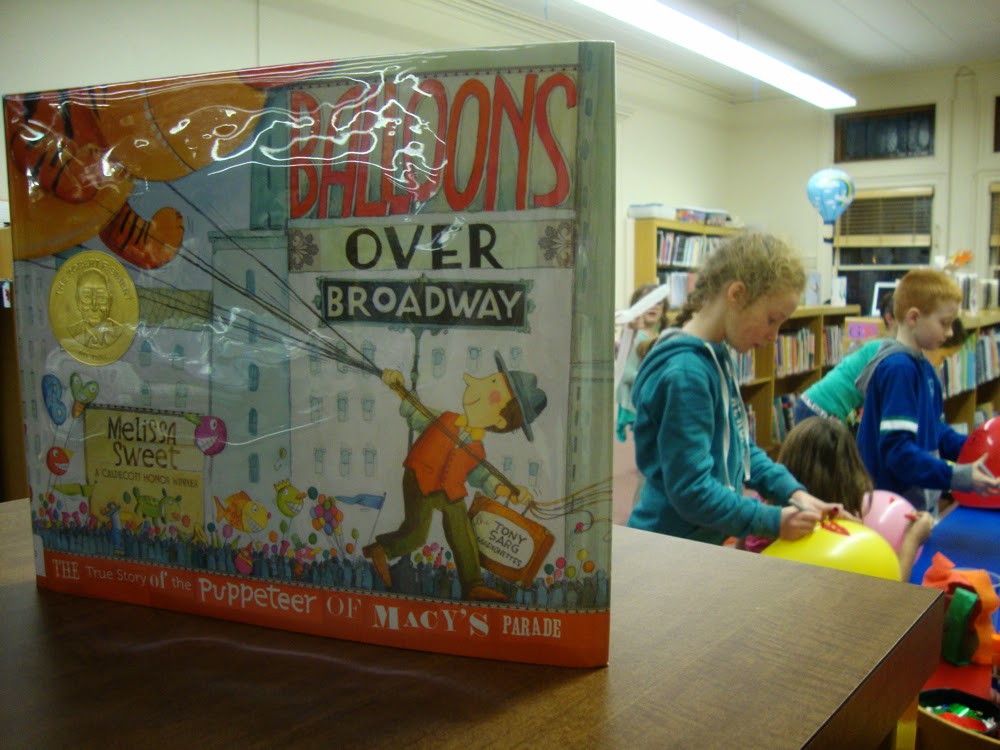 When the NHCS "Book Bonanza" Club came to the library after school today, they heard the story of Tony Sarg, the man behind the famous balloons we see each year in the Macy's Thanksgiving Day Parade. Balloons Over Broadway by Melissa Sweet illustrates and tells the story of how Tony persevered and problem-solved over the years as he worked to perfect his balloon design and construction. What an engineer he was!

Later, students created their own balloon floats, modeled after one of Tony's early designs, by tying inflated balloons to a stick, then embellishing them with paper, streamers, and artwork. While they worked, Mr. McCann told stories of his childhood in New Jersey and actually seeing the famous balloons up close on the streets where the parade takes place. 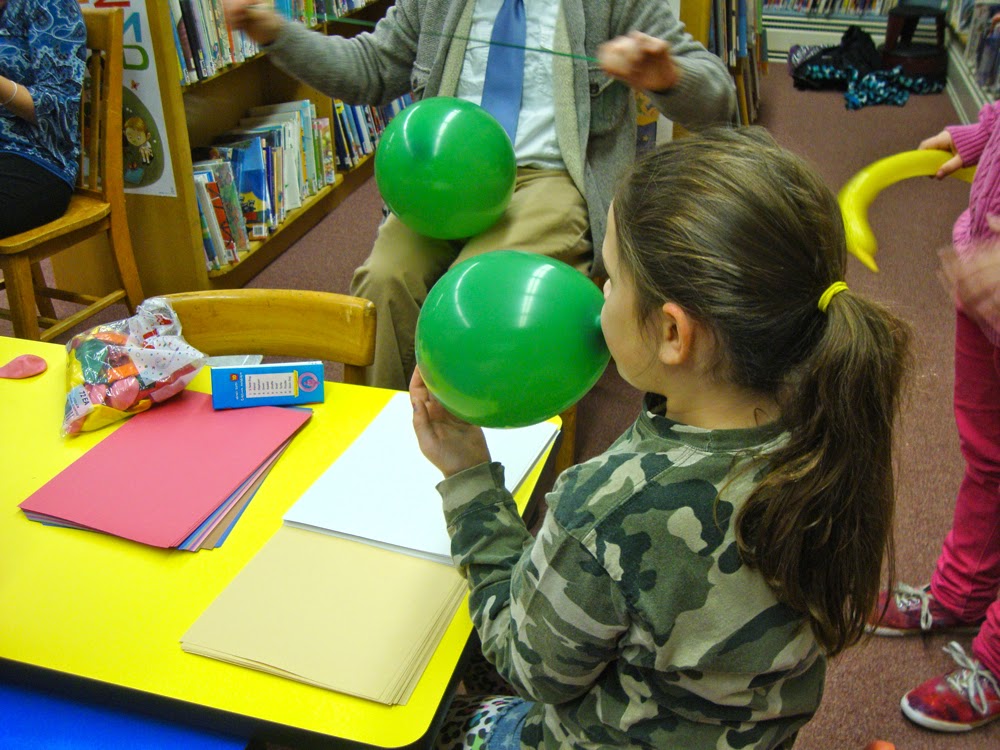 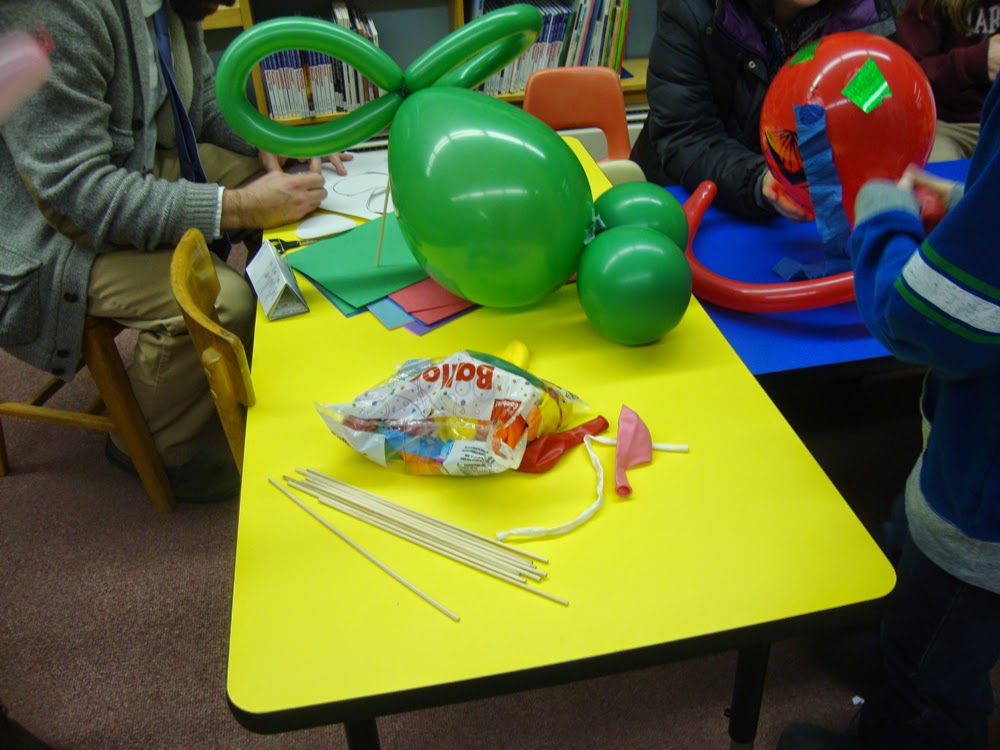 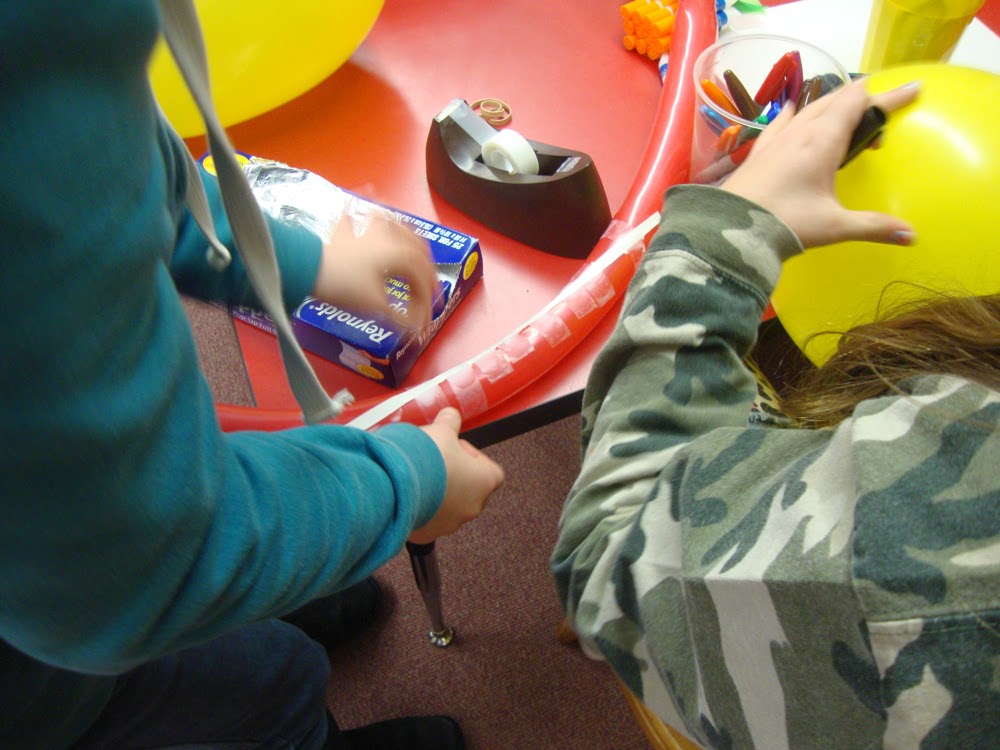 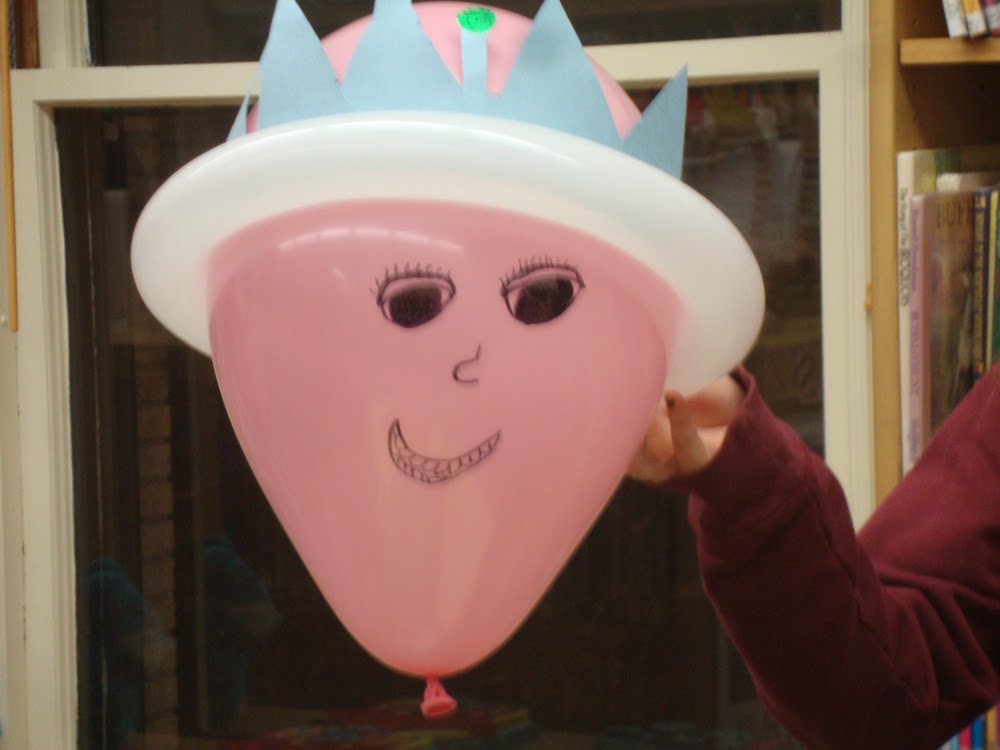 Here's a video showing more about the picture book biography and Tony Sarg! It's a great story - and I think Club members liked it!
Posted by Christine Hunewell at 10:17 PM