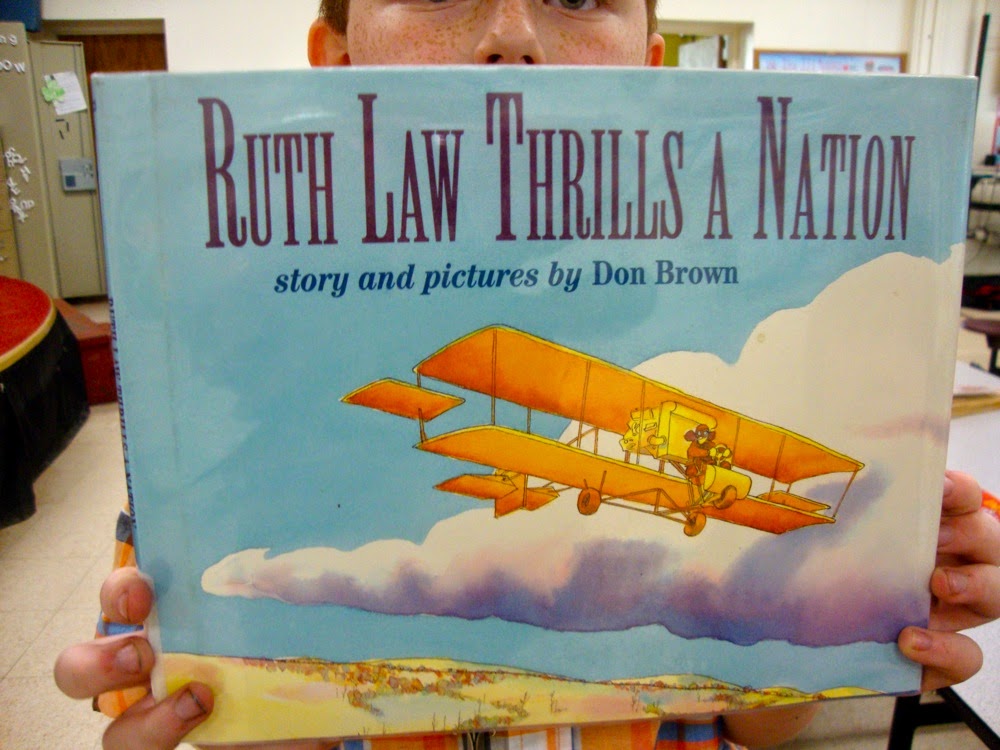 Story Scientists know that not all picture books are for younger children. Today they heard the true story of Ruth Law who, in 1916, attempted to fly from Chicago to New York City in one day. Ruth Law Thrills A Nation by Don Brown is the story of the problems and adventures she encountered as this brave woman tried to do something no one had ever done before. Although we did not watch it, there's a video here that accompanies the book and tells more about aviation in the early 1900s.

Aerodynamics is the way air flows around things. We briefly discussed two of the forces that have always kept airplanes in the air. Thrust propels the aircraft forward while drag simultaneously slows it down. We held our arms out and moved through the air with our palms out and then with palms facing down and noted the difference in air contact.

We made hovercrafts from used CDs, water bottle caps, and balloons. To limit drag, the CD needed to hover on a cushion of air as it floated across the table, while the releasing air from the balloon thrust the craft forward. We found flaws to our design that limited this and we brainstormed to find solutions to correct it. 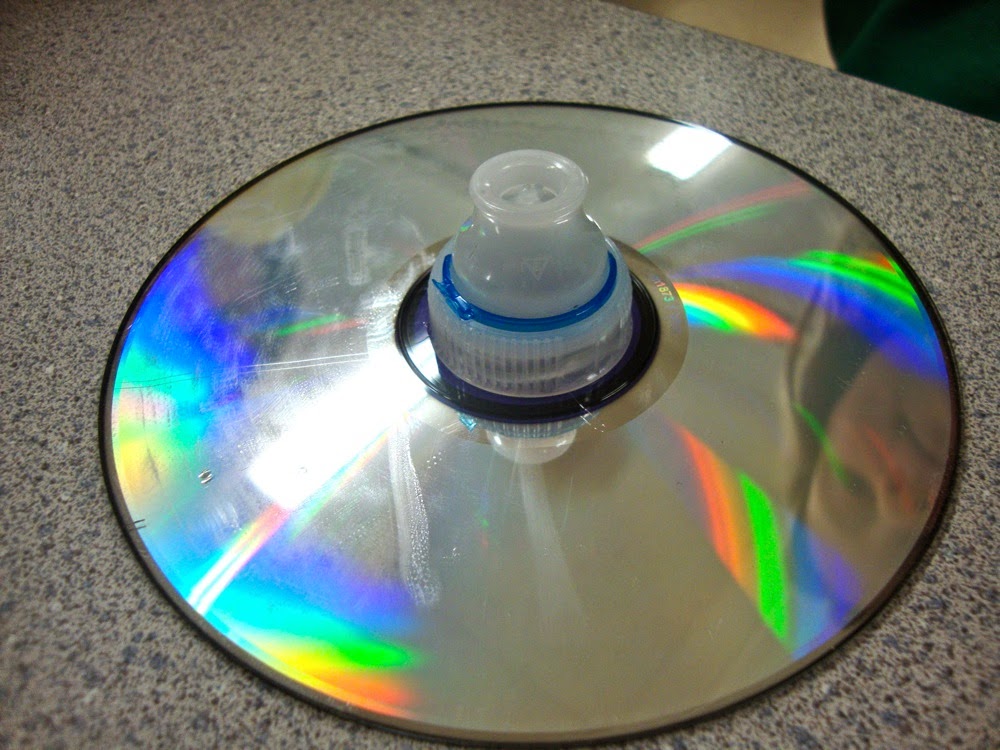 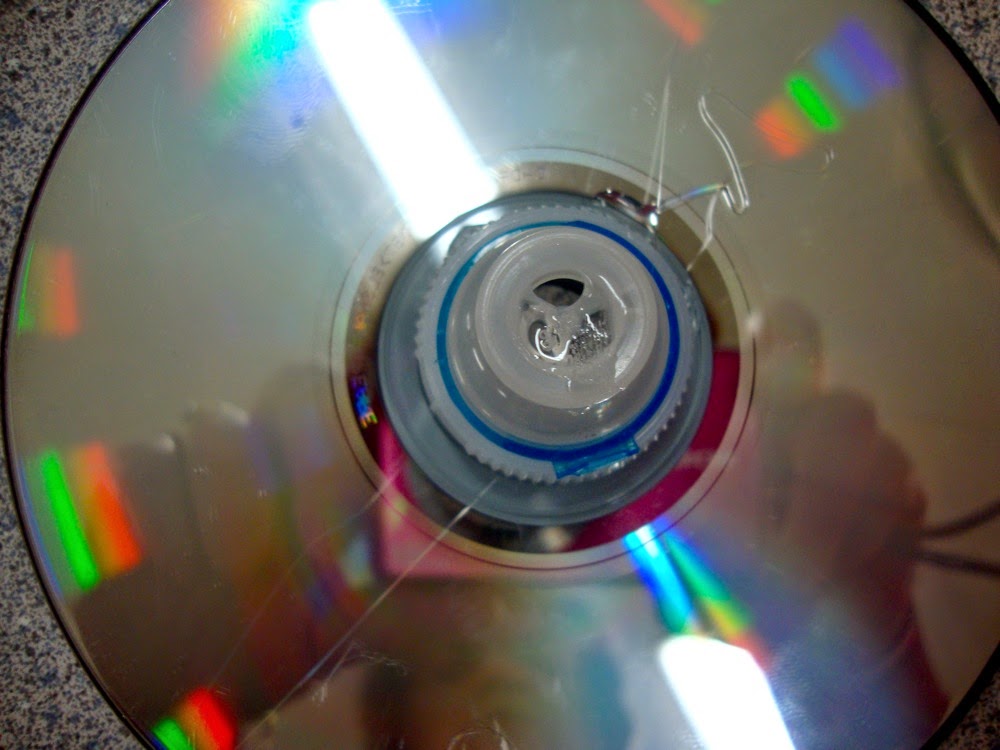 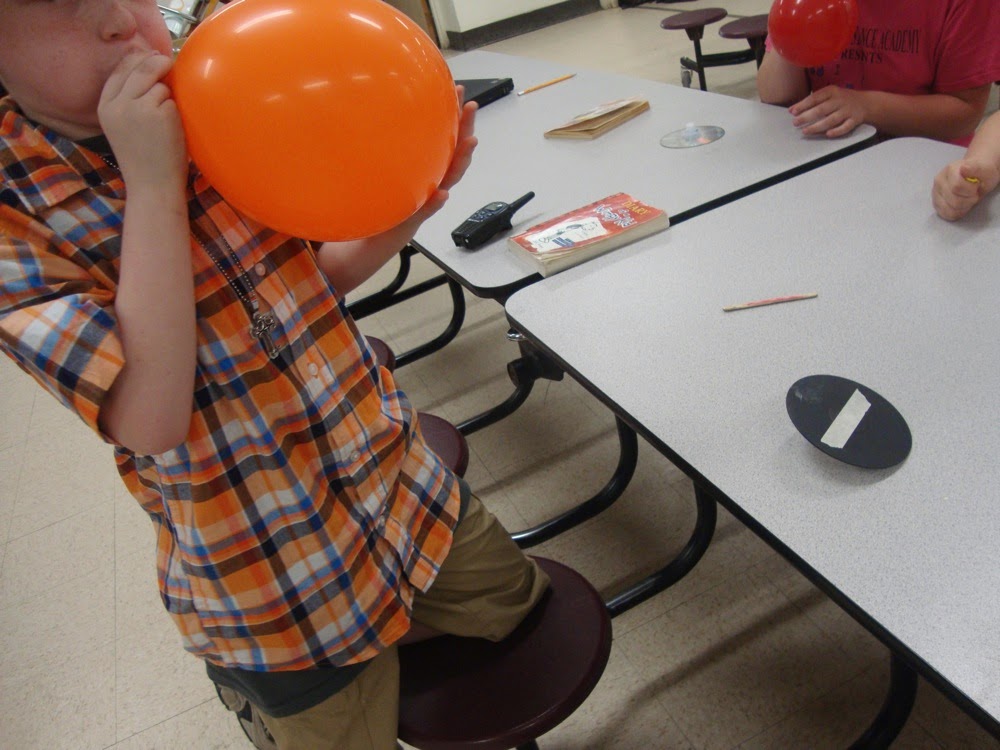 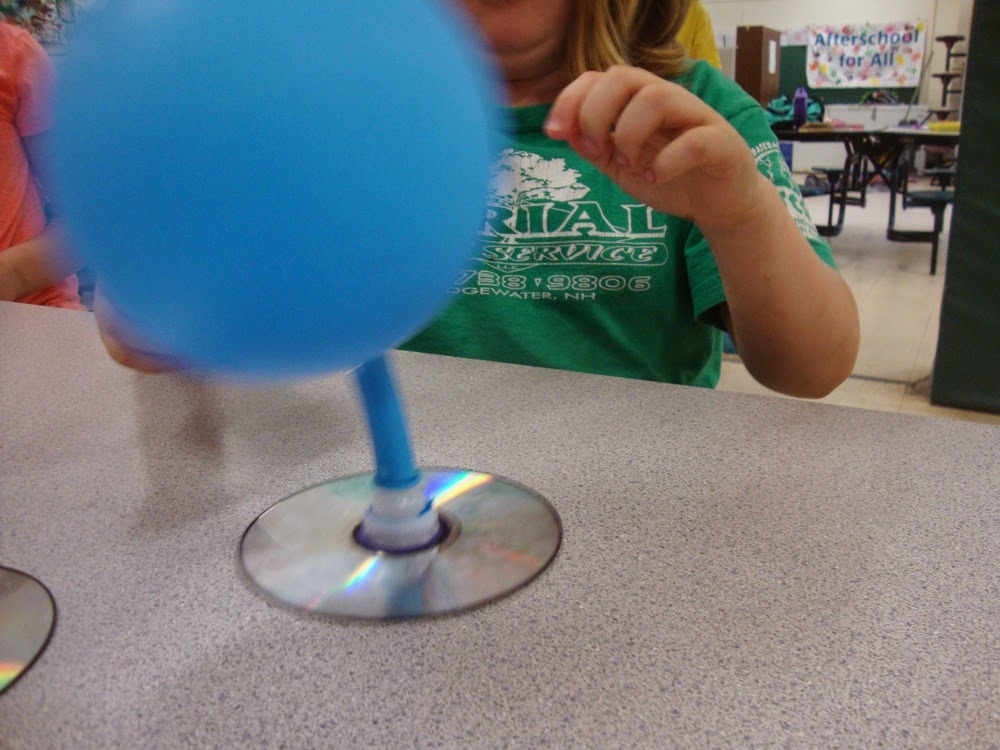 And we did! Look!
Posted by Christine Hunewell at 9:54 PM