Mrs. Simard said tonight was a blast at the Gordon-Nash Library! Summer Reading Program participants made three kind of rockets and blasted them into the air in three different ways.

Kids had fun with rocket #1 - a thin decorated paper tube with a closed-up end, slid down onto a straw. Blow into the straw, and up it goes! 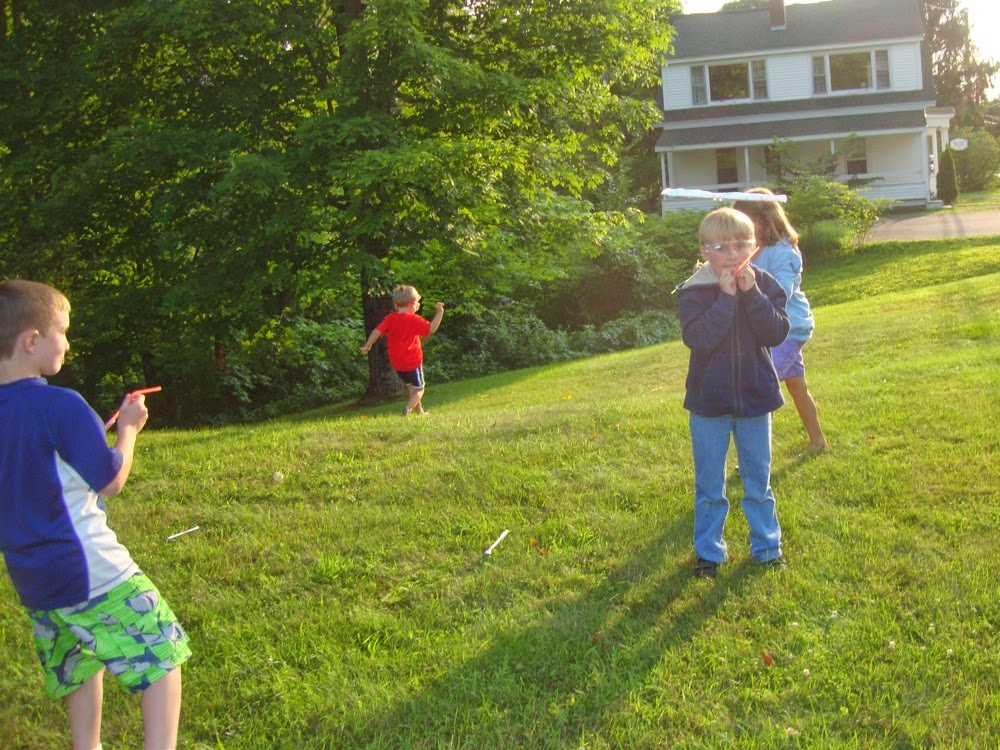 Next, RocketMouse! Each person made a cone body, some ears, and add a rubberband tail. Then they perched RocketMouse on top of a soda bottle. To force the mouse into the air, slam the sides of the bottle together really hard and quickly. Pop!! And up she goes! 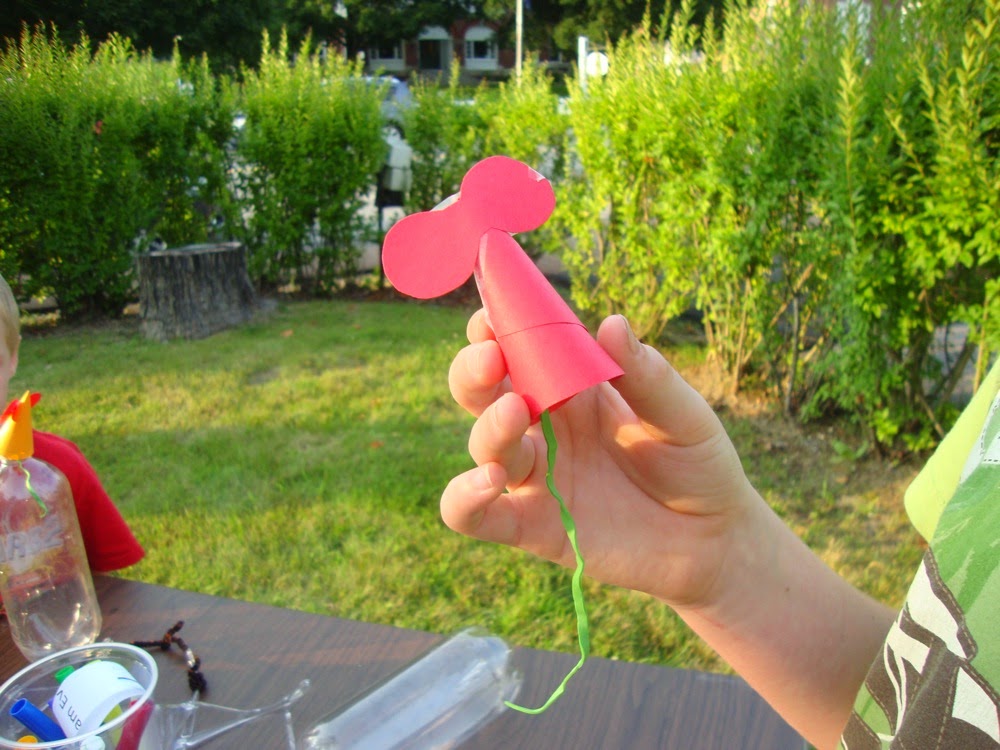 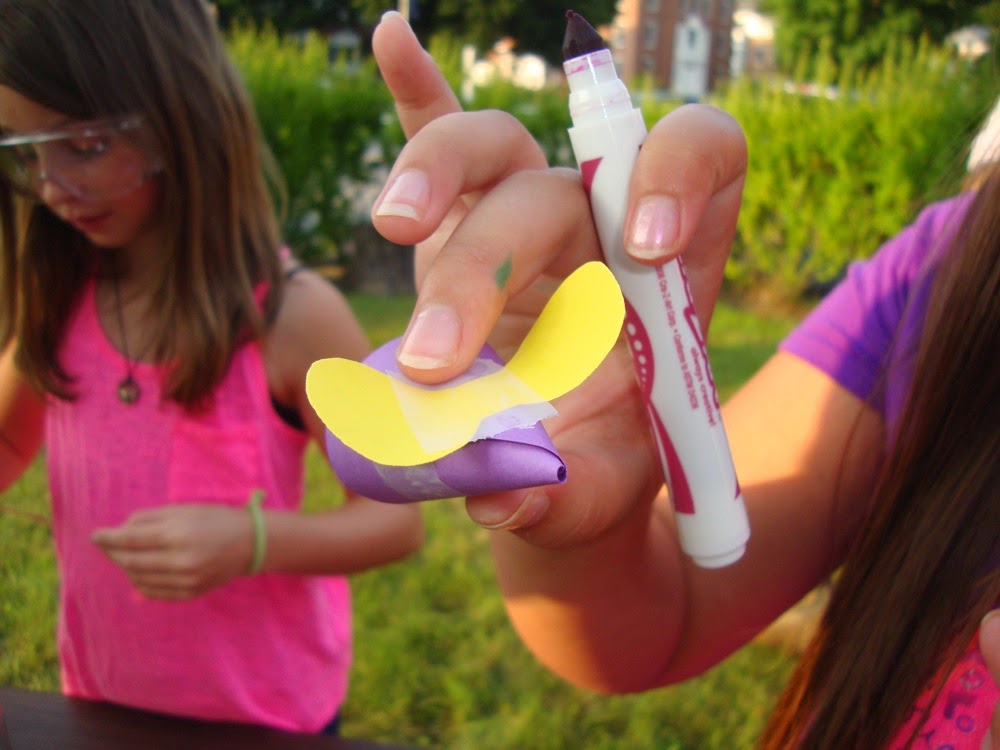 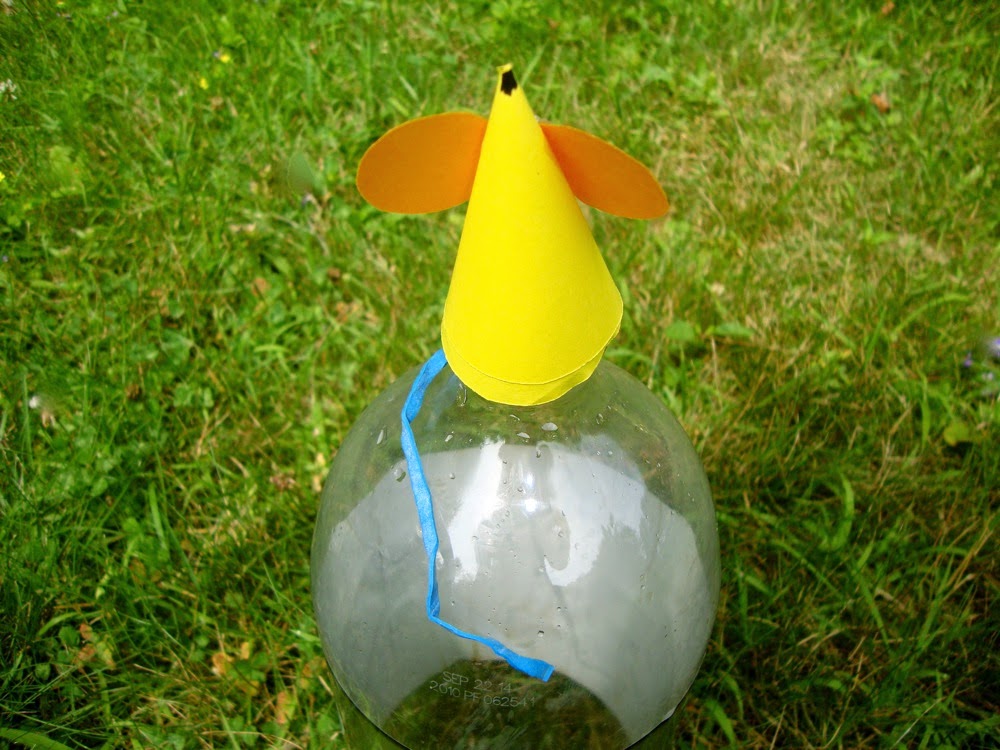 The third rocket was designed from cardstock with a nose cone and fins. Kids were careful to make the cylinder of their rocket the same diameter as a film container. Some of them personalized their rockets with words and designs. 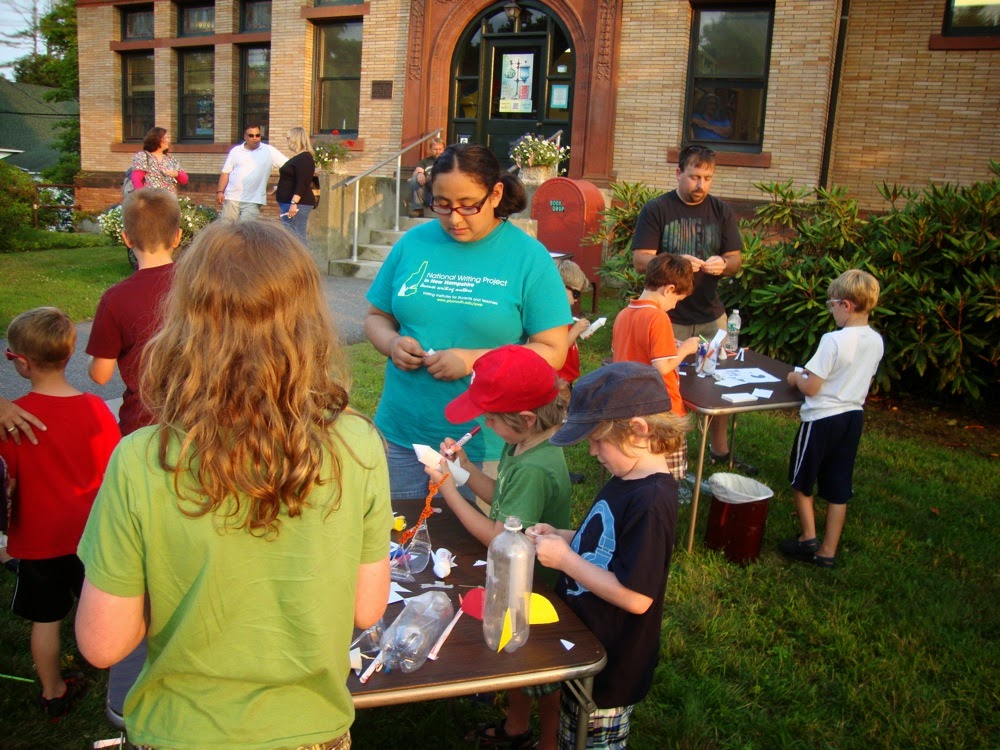 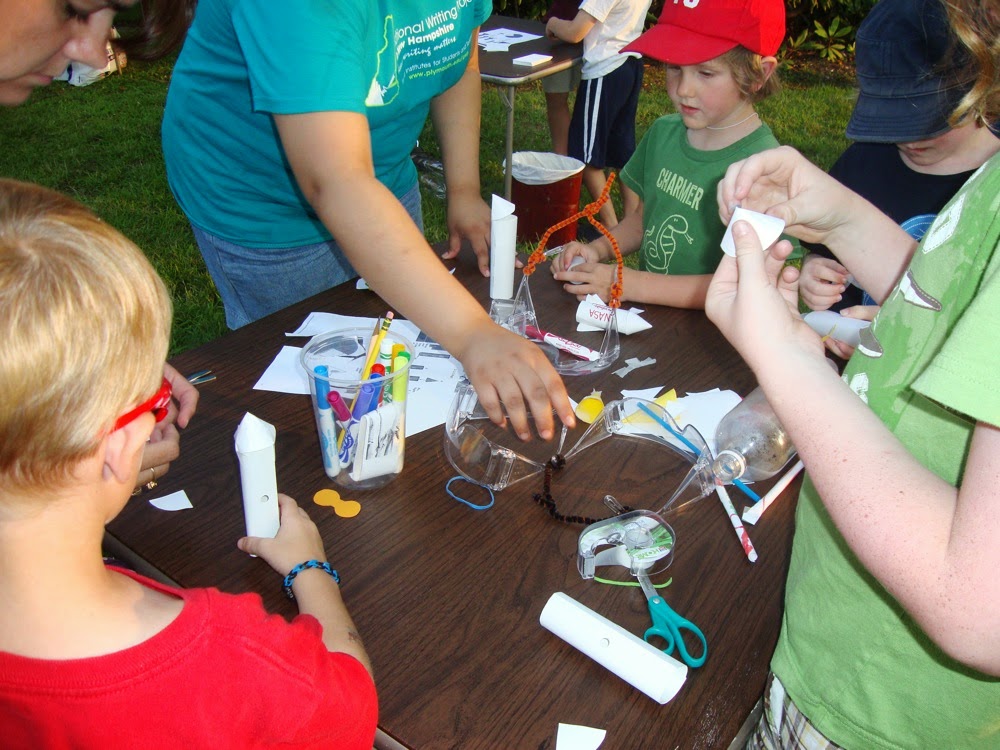 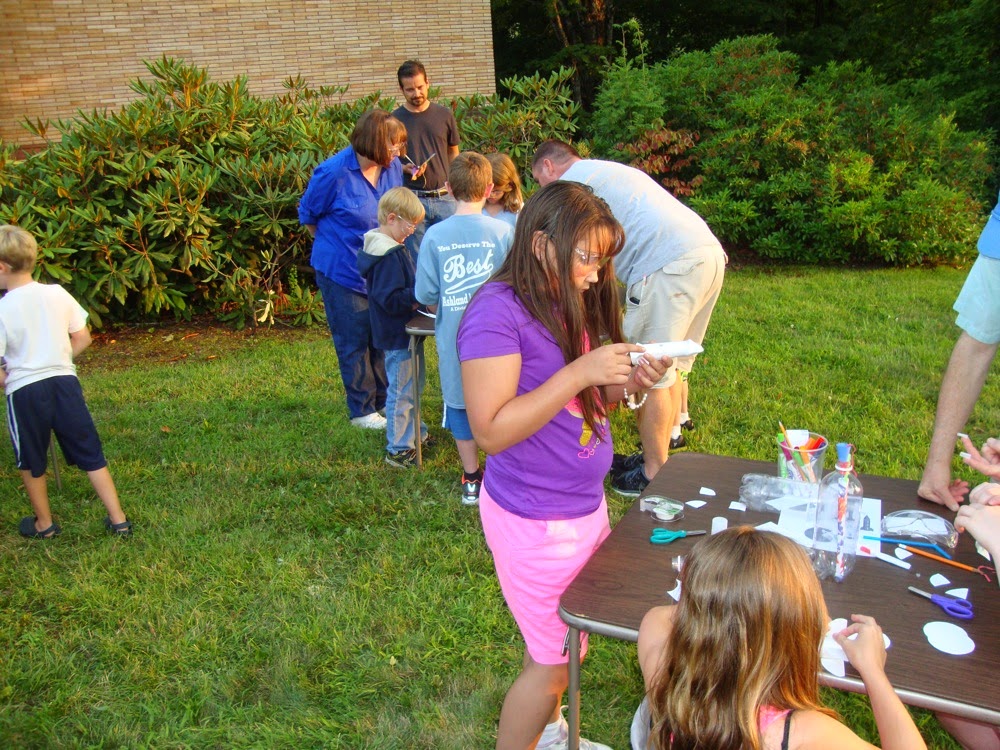 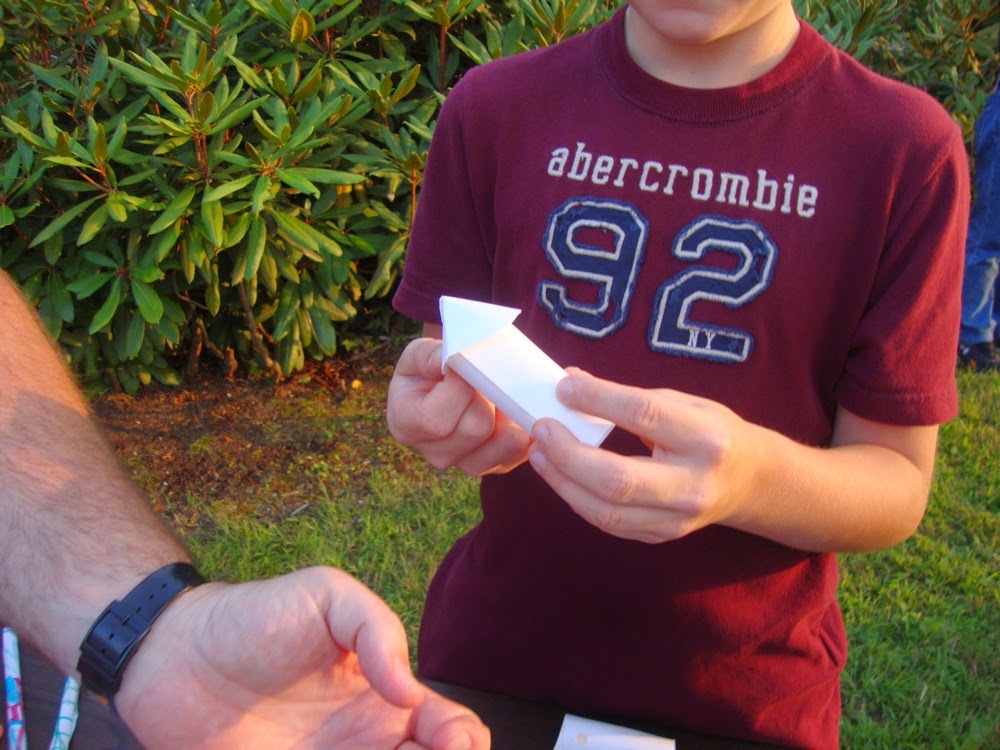 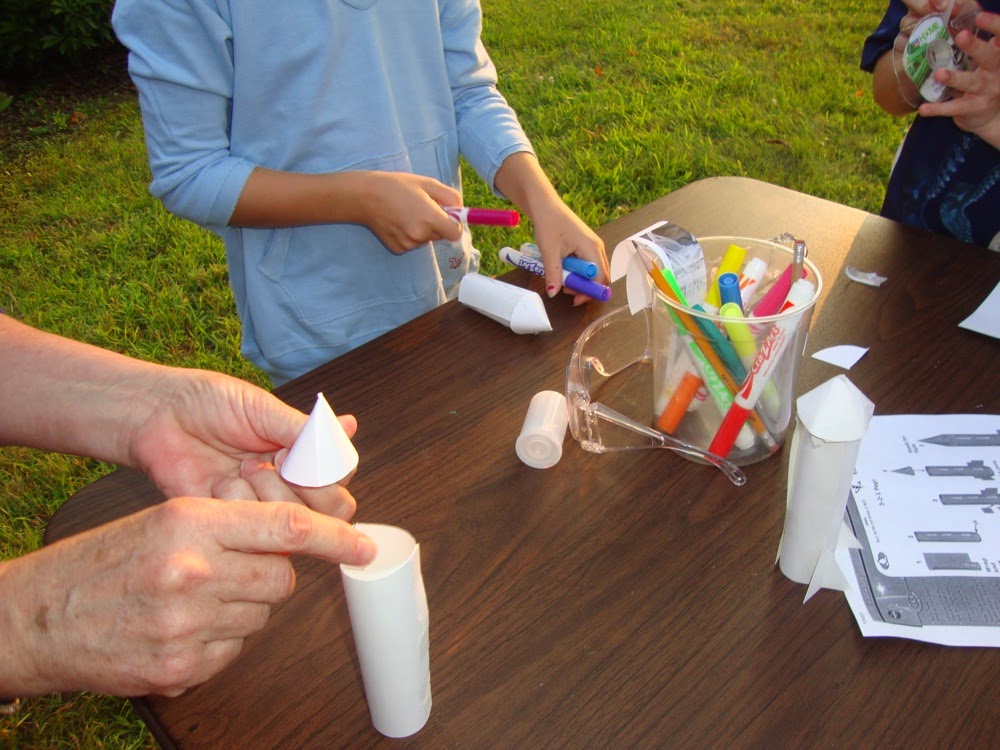 At the launch pad, the film can was inserted into the base of the rocket, after being filled with Alka-Seltzer and a little water. Some of those little rockets reached amazing heights! That's why we were all wearing our safety glasses, just in case! 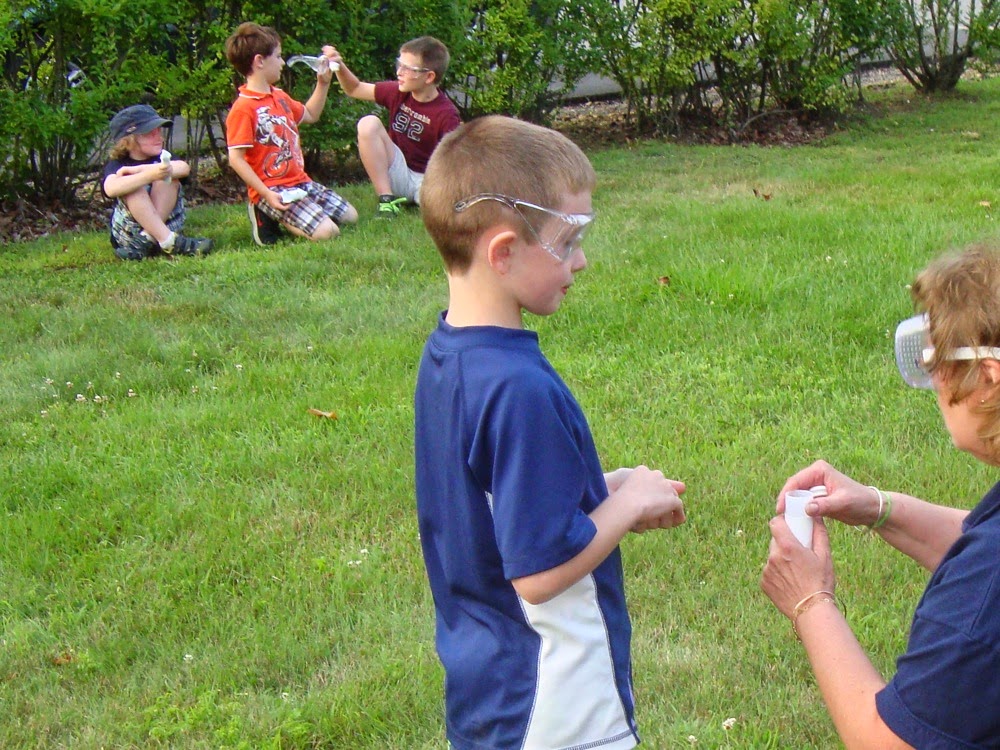 There was no time for the geyser! Maybe next week we can try. In the meantime, here's a link to a video of a real geyser! And thanks so much to the guys at The New Hampton Transfer Station for collecting plastic bottles for us!
Posted by Christine Hunewell at 9:36 PM