We had special community heroes visit us for tonight's program! Kendall Hughes of the New Hampton Fire Department brought some of his crew to explain the work that firefighters do. He even brought some young Explorers who are training to become firefighters.

The firefighters showed us some of the books they had to study from as they learned how to do their important jobs. They brought lots of slides of firefighters at work, helping the community in many ways, and not just fighting fires. They passed around the thermal imaging camera and showed us how it is used to find a person in a smoke or fire filled room. 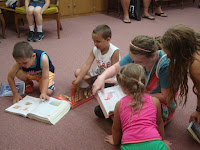 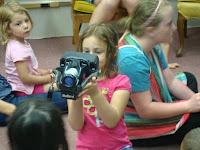 Did you know New Hampton Fire Department members were given the New Hampshire Hero Award in 2009? They brought their plaque and passed it around so we could read it.

Then the best part - the fire engine and the rescue truck! The firefighters showed us the equipment they use in both vehicles. The EMTs showed us the tools they use to monitor an injured person's health. They let kids try on the air tank. We watched as Matt climbed into his fire-fighting gear. And they let us climb up on the engine and look around from up high. 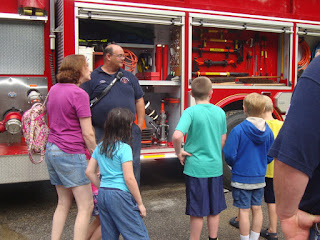 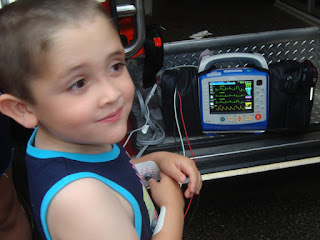 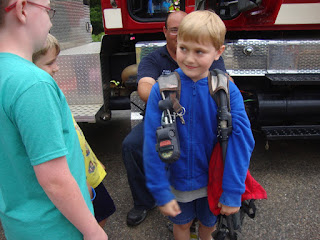 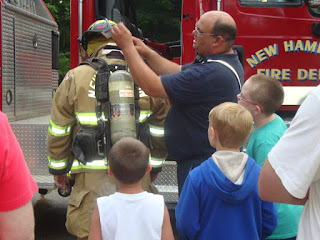 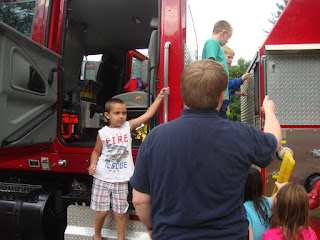 Before we left for the night, Mr. Hughes and his team gave us fire hats, hard hats, and lots of safety information and activities to take home with us. Thank you to the members of the New Hampton Fire Department - true community heroes! 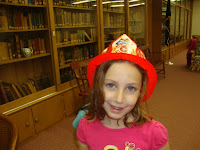 Posted by Christine Hunewell at 10:37 PM